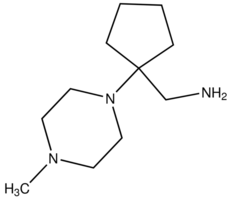 Piperazines (also called as diethylenediamine) comprise an important analogue of heterocyclic compounds. Piperazine consists of a six membered nitrogen-containing ring and its two secondary amine groups are located in para-position (Fig 1). They are widely abundant in natural substances, and numerous natural products contain the piperazines moiety as structural framework. Piperazines can be obtained by ammonification of chloroethanol and another cyclization process. It is noteworthy that piperazines are flammable, toxic smoke such as nitrogen oxide will be generated through combustion. Therefore, every care should be taken during their use and storage. 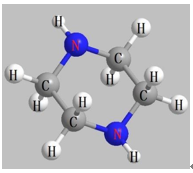 Without the limitation of dissolution by conjugated structure, piperazines are highly water-soluble. Another reason is that the nitrogen atoms in piperazines can form strong hydrogen bond with water molecule which effectively promote the solubility with their polar structure. Piperazines possess relative high boiling point and melting point thus they are commonly presented as white crystal. Besides, piperazines can absorb water and carbon dioxide in the air. They are the valuable pharmaceutical intermediates, advancing the fabrication of various modern medicine and bioactive molecules. All the piperazines possess two secondary amine groups as major reaction sites, which can be applied in post-modification. They can react with carboxylic acid to produce correlative acid amides and participate in N-methylation to produce tertiary amines.

Piperazine compounds are widespread in natural drug molecules and alkaloids (Fig 2). Their derivatives are usually used to prepare medicinal precursors, which possess remarkable pharmacological and physiological activities, such as antibacterial, anticonvulsant, anti-tumor and anti-inflammatory behavior, etc. For example, the anticancer capability of the piperazine derivatives can be adjusted by modifying different functional groups to achieve best effect. 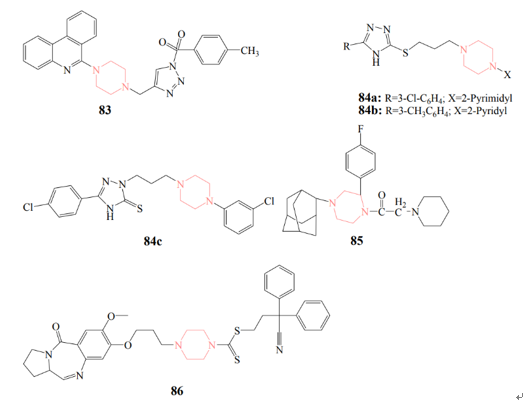 Owing to the existence of the imine group, all the piperazine rings possess the ability to participate in N-dealkilation reactions, offering potential products for further application. The correlative instance is depicted in Fig 3. 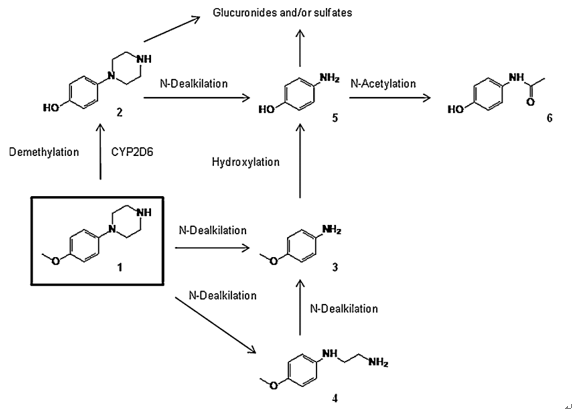 Inspired by the antibacterial activity in medicinal precursors, piperazine derivatives can be applied as fungicides, insecticide, herbicide and so on. a variety of piperazine compounds are designed and characterized for commercial manufacture. Scientists have studied that piperazine is an effective insect repellent, thus piperazine analogs have been fabricated as a common treatment for lumbricoides.