Boronic Acids (substance 1 in Fig 1) contain a sp2-hybridized boron atom connected with two hydroxyl groups, and the structure of boronic acid crystals is planar triangle. Boronic Acids are weak acid, but the acid property does not from the proton itself, because boron is an electron-deficient atom, which can react with hydroxyl ions of water molecules to release protons and produce substance 2 in Fig 1. In the light of this electron-deficient property, they can react with electron donating moieties like diols, amines to form boronate esters (substance 3 in Fig 1). Besides, the obtained boronate esters can be hydrolyzed to boronic acids in acidic water and to borate in alkaline water. 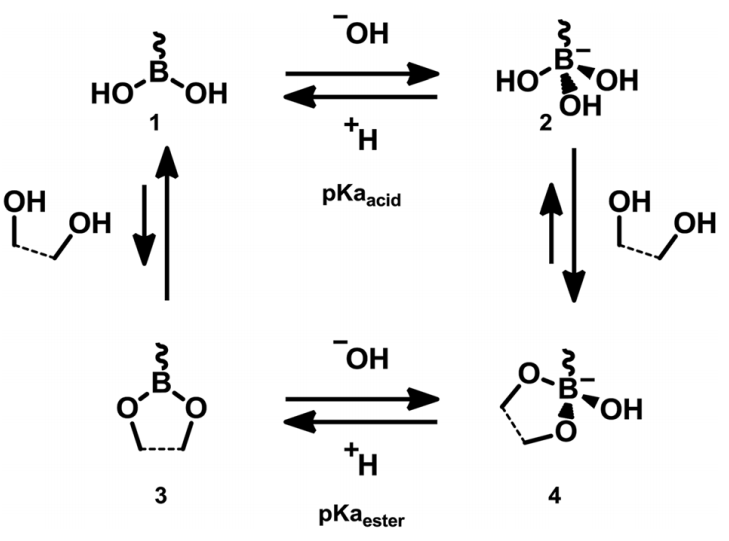 Almost all the boronic acids and esters are soluble in water, thus its storage should be avoided in humid environments. The common industrial production of boronic acids is the reaction between borax and sulfuric acid (Na2B4O7+H2SO4+5H2O→4H3BO3+Na2SO4). Boronic acids and esters have a very wide range of applications including glassmaking, medical engineering, adhesion agent, chemical industry and so on.

Biological recognition: There are many receptors in living organisms comprising catechol, saccharide, pyridyl and anion which can play a role as biological receptor to react with boronic acids donators (Fig.2). Therefore boronic acids derivatives can be used as sensors to detect above related substances. 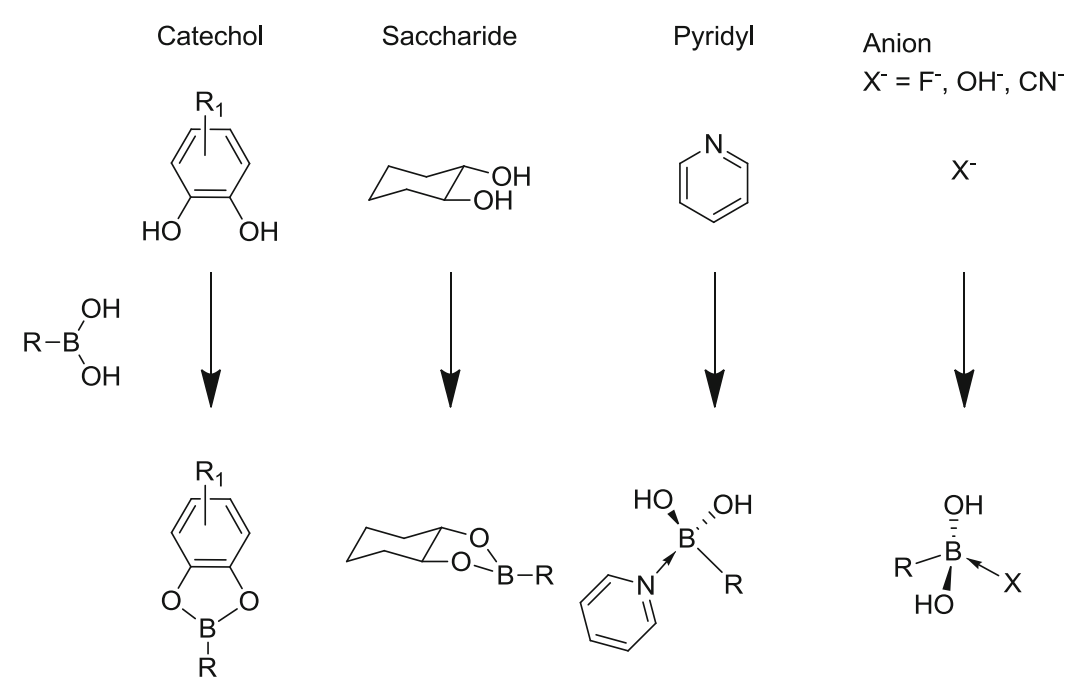 Catalyst: For example, boronic acids can also take part in catalyst fabrication, which promote the establish of boronate enolate in aqueous environment, finally advance the reaction of asymmetric aldol (Fig.3). 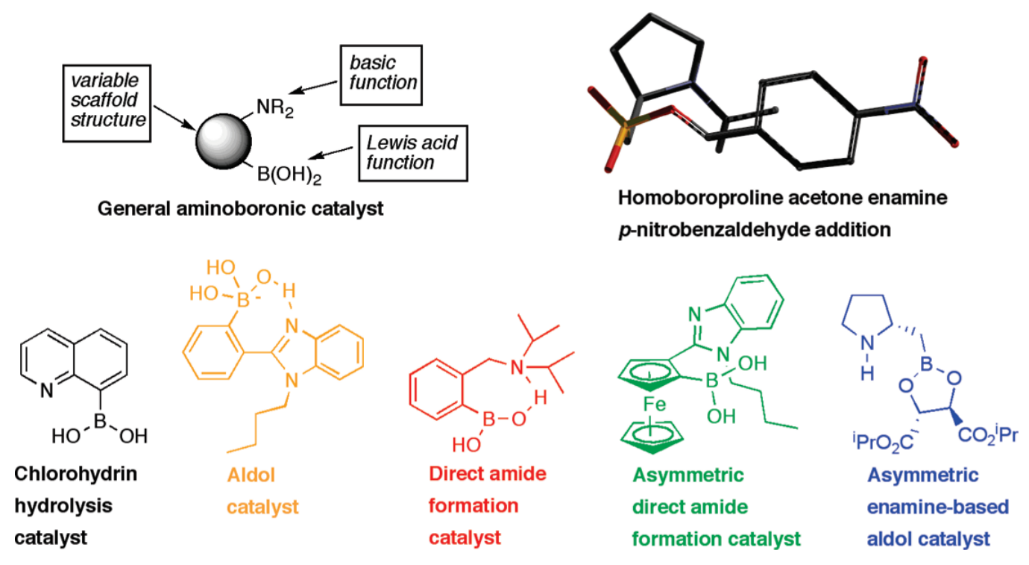 Advanced materials: Boronic ester can be used in the fabrication of Vitrimer, a kind of high-performance material with reversible exchengeable chemical bonds (Fig.4). The metathesis of boronic esters can be acted as the reversible chemical bonds to endow the permanent crosslinking and machinability, as well as excellent chemical resistance and dimensional stability. 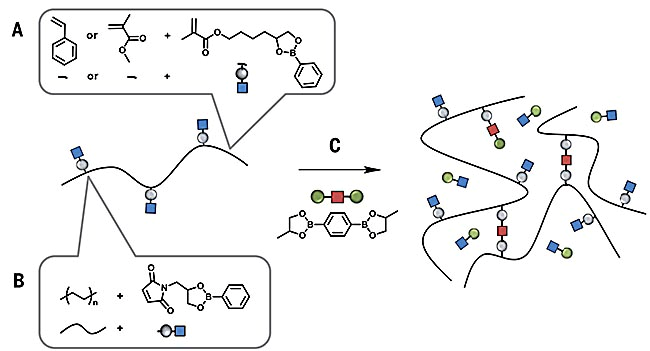